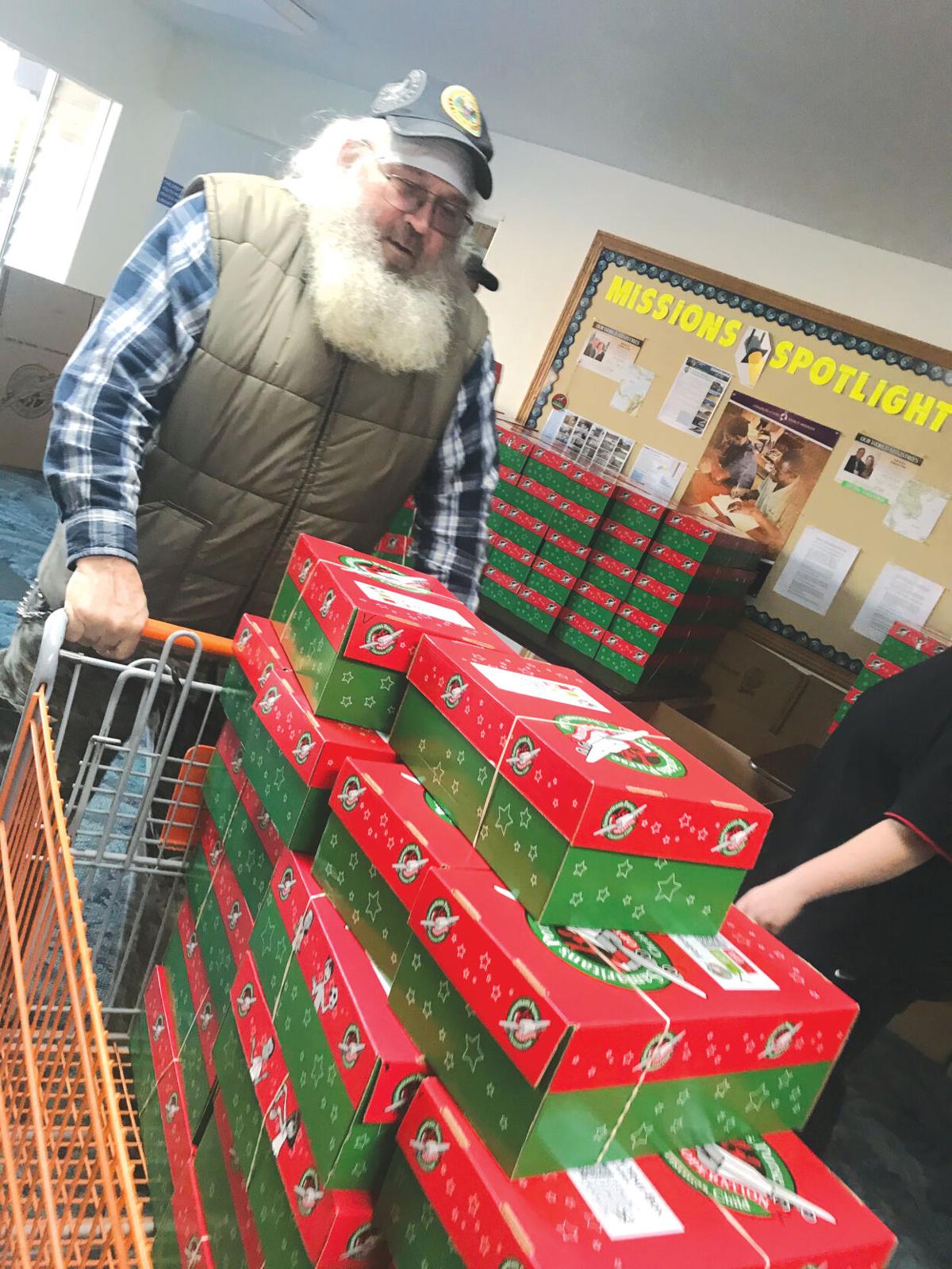 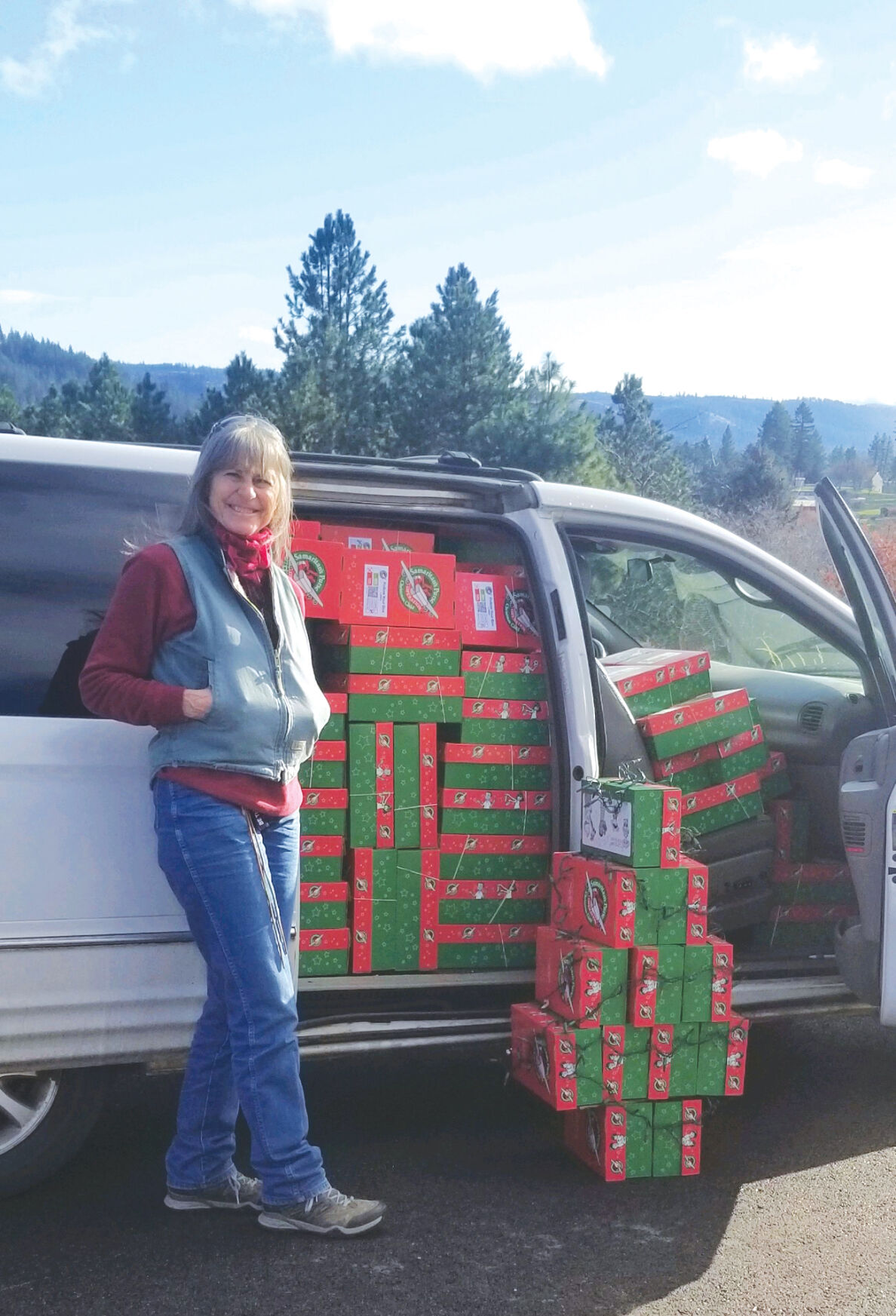 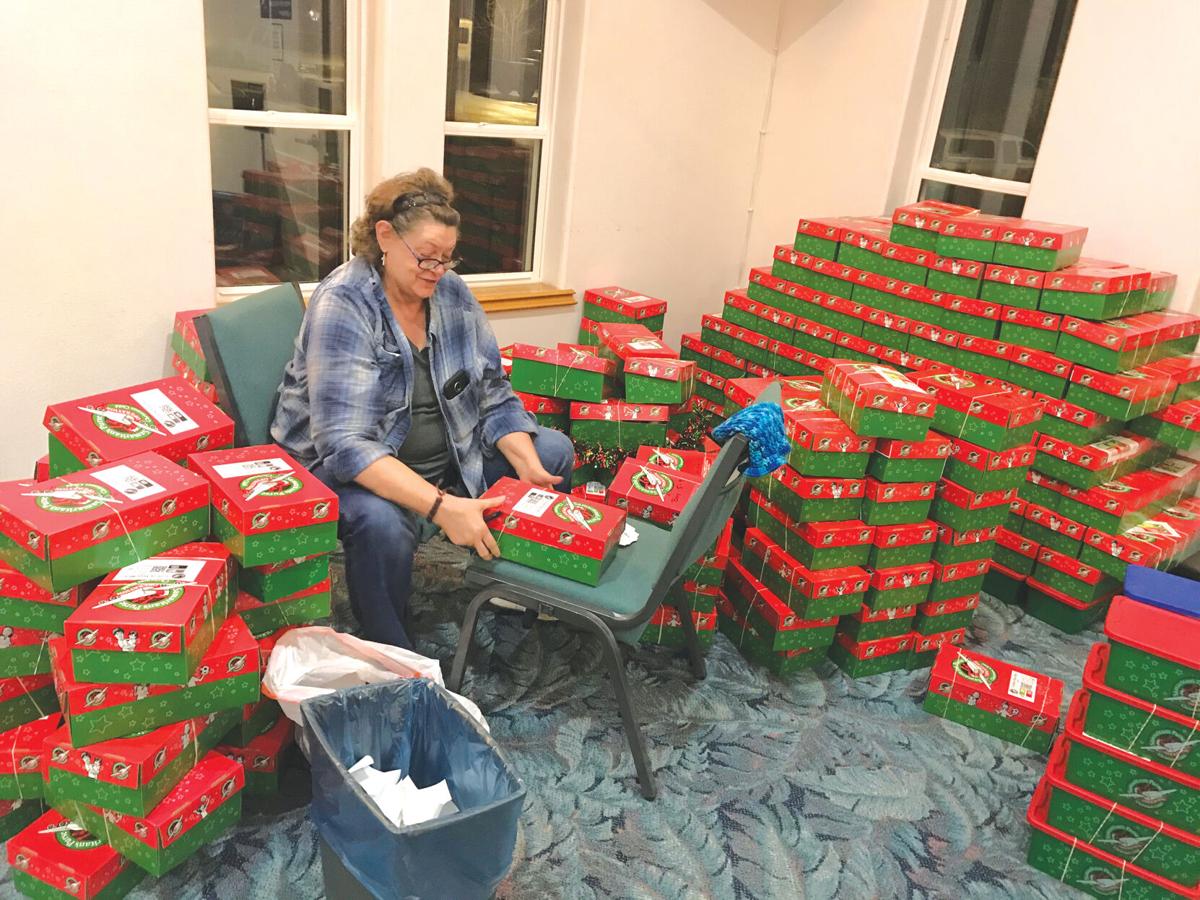 Cathy Leder, the new drop-off site coordinator at the Assembly of God Church, goes through the 343 boxes packed by the church's congregation making sure they've all got labeled correctly.

Cathy Leder, the new drop-off site coordinator at the Assembly of God Church, goes through the 343 boxes packed by the church's congregation making sure they've all got labeled correctly.

Organizers with the Operation Christmas Child project said that this year was another success for area churches.

Operation Christmas Child was a program where area churches assembled boxed that included gifts, school supplies and other items that would be sent to the less fortunate in foreign counties.

Mary Orr said that this year the community was able to produce double the number of Christmas boxes than they had put together last year. She said that they collected 1,405 boxes over last year’s 778.

“This year, St. Maries collected 1262 shoe box gifts. Plummer collected another 233 so the area total was 1495,” Ms. Orr said. “Last year Plummer had the only area collection site and they collected 778 shoe boxes., so we almost doubled our numbers this year.”

She said the area church to put together the most boxes was the St. Maries Church of the Nazarene who dropped off 505 boxes. Ms. Orr said that the local church has been a consistent leader in assembling the boxes each year.

“They (St. Maries Church of the Nazarene) have participated in this project for a number of years and have led the area with the most boxes built for at least the last two years,” Ms. Orr said.

Ms. Orr said that next year she hopes to see more community organizations get involved along with the area churches. She said that a project like this would bring more people together for a good cause.

“At this time it is mostly area churches that participate, but I would like to see community groups, schools, clubs, businesses and individuals get involved,” Ms. Orr said. “A project like this can really bring people together.”

Now the boxes are in transit and making their way outside of the country. Ms. Orr said that the boxes will go to a larger collection site before being shipped out.

“From there it (the boxes) goes to a larger collection site where the boxes are packed into 18-wheelers and shipped to a processing center where the boxes are prepared for customs and shipped overseas to one of more than 150 countries,” Ms. Orr said. “They are distributed to less fortunate children in orphanages, communities and refugee camps. Children who receive the boxes are invited to attend a 12-week class called The Greatest Journey to learn more about Jesus.”

Ms. Orr said that Operation Christmas Child is always looking for new volunteers. The project is technically a year long process as it takes months to gather materials such as toys and school supplies to fill the quantity of boxes the area produces.

The boxes are collected during the third week in November each year.