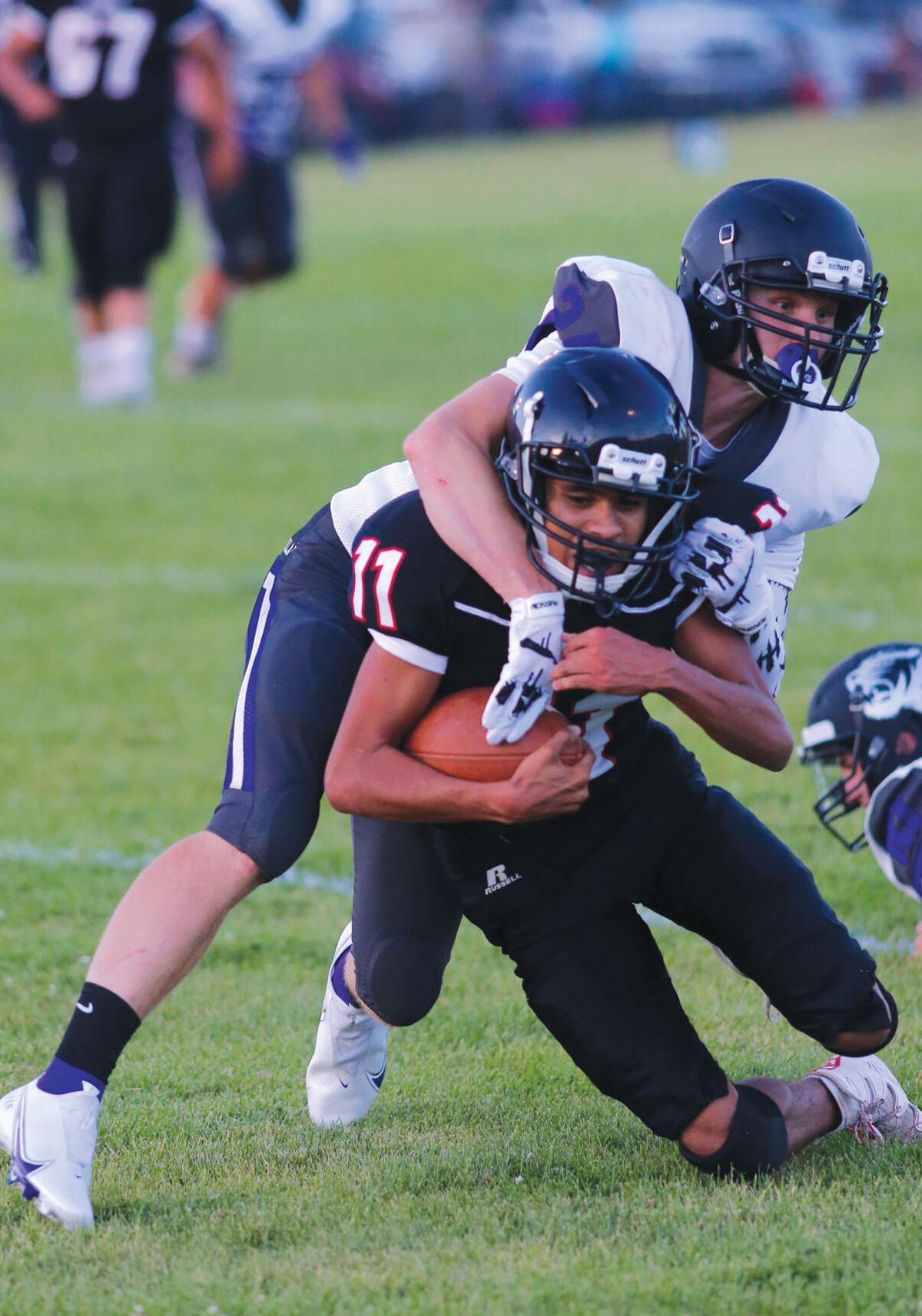 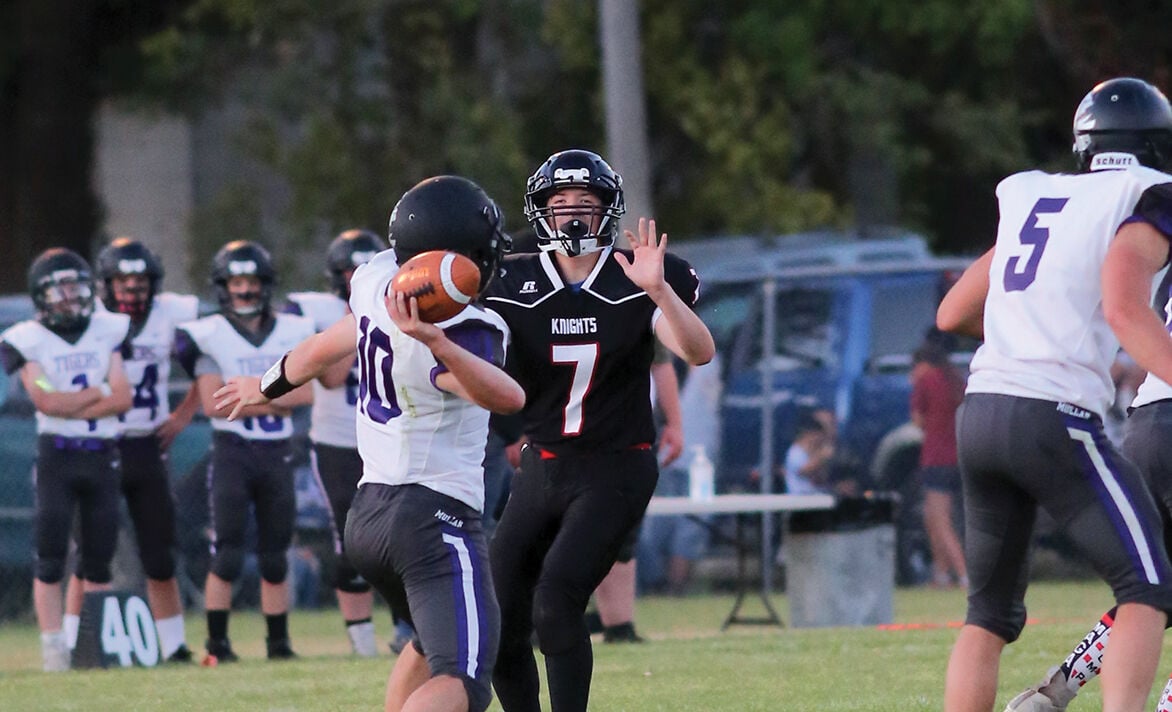 Patrick Brown looks to get in the way of a Mullan pass Aug. 28.

Patrick Brown looks to get in the way of a Mullan pass Aug. 28.

In late August, the Lakeside football team hosted Mullan/St. Regis in its season opener and got outscored 32-0 in the second quarter of a 34-point loss.

In the three games that followed, the Knights would earn three wins and out-rush their opponents by a combined total of 1,274-521.

Friday when Lakeside (3-1, 1-0 SIC) travels to Mullan for the rematch, Coach Chris Dohrman said his team will find out how much it has improved since its season-opening defeat.

“We will get a chance to see where we are against a very good Mullan football team,” he added.

The Knights are coming off a win in their first Scenic Idaho League contest with Wallace last week, taking the first of two scheduled games against the Miners.

Lakeside out-rushed Wallace 481-135, nearly 300 of those coming from Vander Brown, who averaged 28.8 yards per carry and crossed into the endzone three times in the 46-14 win.

“We were able to run the ball really well, which helped a lot on a very windy night that made it hard to throw the ball,” Coach Dohrman said.

The Knights’ defense held Wallace to 117 total yards despite the Miners running 45 plays in the game, 10 more than Lakeside, while stopping the Miners on seven of nine third down conversion attempts.

“Defensively we probably played our best game so far,” Coach Dohrman said. “It was very nice to get a league win and the first win in our new conference.”

Alberto Arroyo recorded seven tackles and four for a loss, and recording sacks on the evening were Sonny Reuben and Tucker Sanchez.