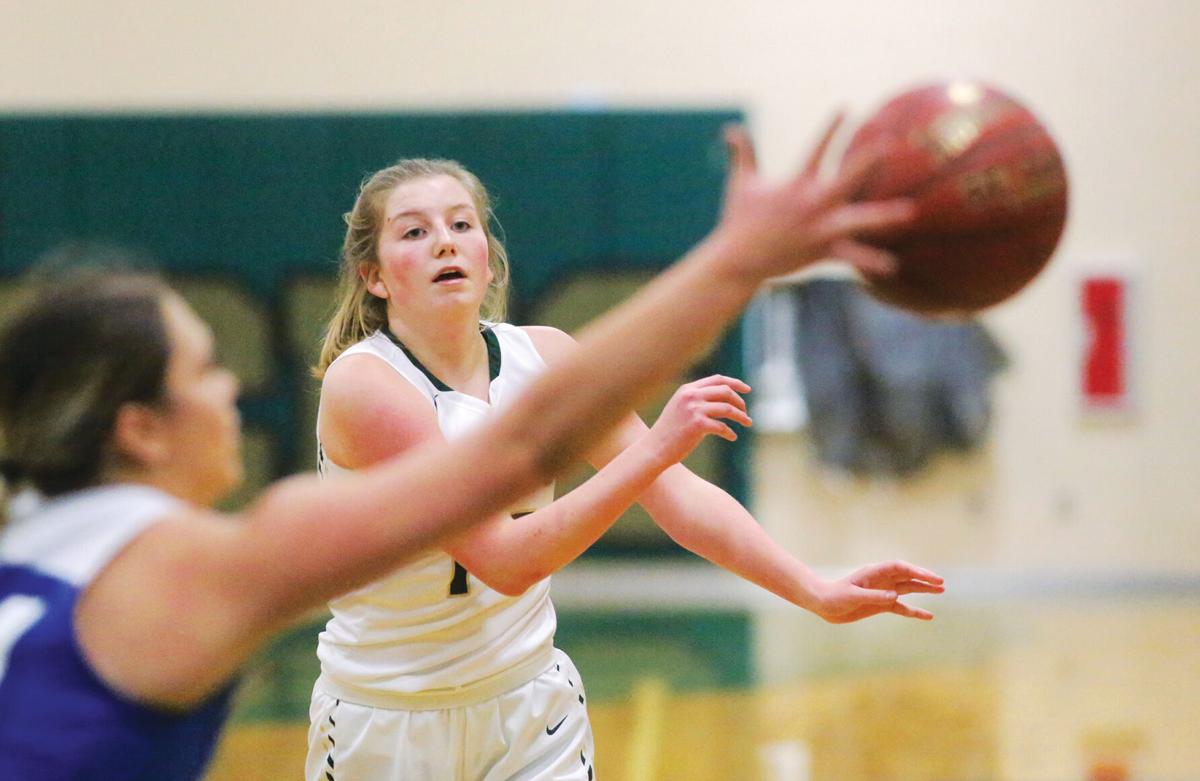 Taci Watkins gets a pass around the Orofino defense Dec. 11 in both schools' league openers. 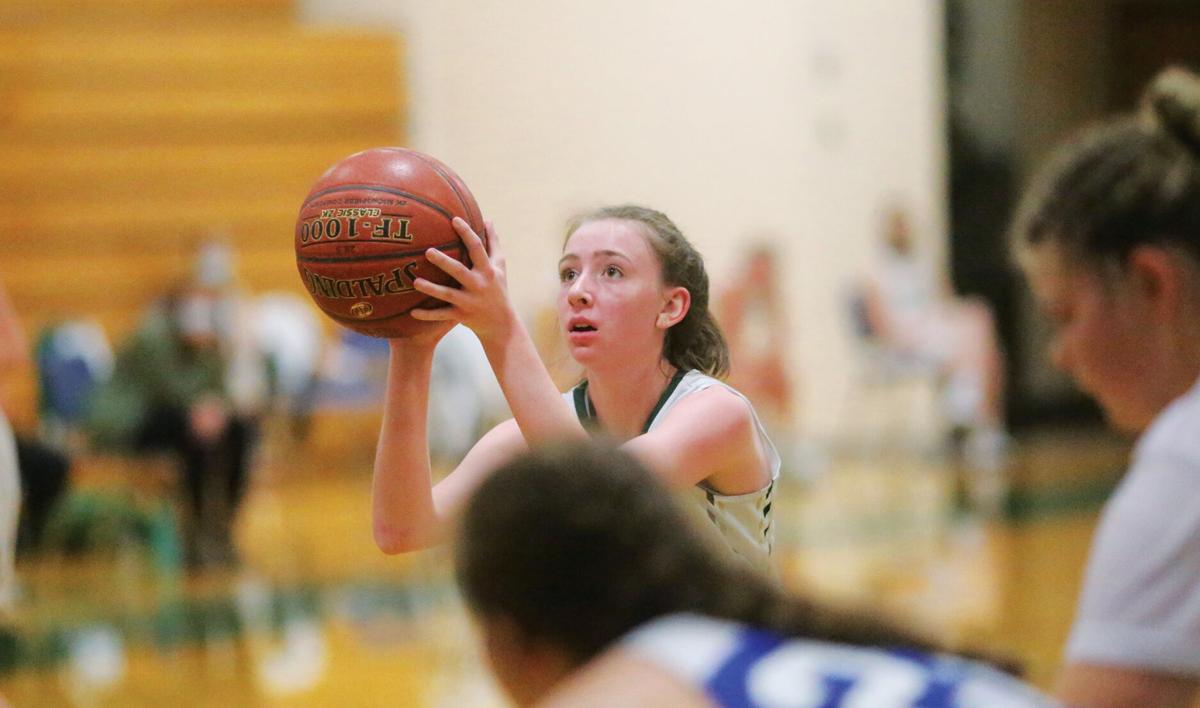 Berkli McGreal lines up a free throw Dec. 11 in CIL action with Orofino.

Taci Watkins gets a pass around the Orofino defense Dec. 11 in both schools' league openers.

Berkli McGreal lines up a free throw Dec. 11 in CIL action with Orofino.

Just about every category in Coach Gary Krumheuer’s game book was outlandish Jan. 23 at Orofino.

The Maniacs, who hosted St. Maries without three of its starters, who were injured, clawed their way back into a chaotic contest late in the fourth quarter to erase a six point deficit and put the Lumberjacks in a four-point hole with a minute-and-a-half to play.

A pair of free throws by Lacie Sines put the Jacks within two, and Taci Watkins tied the game with another two shots at the free throw line to send the game into overtime, where St. Maries was 10-12 from the charity stripe and outscored Orofino 16-3 to claim a 74-61 CIL win.

The two teams combined for 100 rebounds, 60 turnovers and 115 field goal attempts in the five-period game.

“We were plagued with some sloppy ball handling and less-than-stellar defense,” Coach Krumheuer said. “It’s not very often a team wins the game while allowing its opponent 37 free throws and turns the ball over 32 times, but we did overcome that.”

Sophomores Taci and Lacie both had career nights, Taci scoring 19 and Lacie 14 in the team’s first league win.

Coach Krumheuer credited Berkli McGreal for her work at point guard. She pocketed three steals in the effort.

The team avenged an early-season loss to Orofino, a Dec. 11 home game that saw the Jacks to a 49-63 defeat.

With their CIL win, the girls sat tied with the Maniacs for second place in league standings. The Maniacs were scheduled to face Grangeville Jan. 26, and with a loss would leave St. Maries in sole possession of second place going into its final league game Saturday at Grangeville.

The girls traveled to Timberlake Jan. 18 and were held to six second-half points in a 17-63 loss.

“We did some good things early to take a 5-0 lead,” Coach Krumheuer said. “But when Timberlake got started they didn’t quit.”

Jenna Holder led the team in scoring with 13.